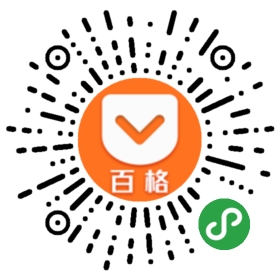 Prof. CHEN Jiun-Shyan
Department of Structural Engineering, Center for Extreme Events Research, University of California, San Diego, USA
Abstract
Numerical procedures for brittle fracture modeling become tedious when many moving strong discontinuities have to be captured. A smeared fracture modeling approach formulated under the reproducing kernel particle discretization is presented. In this approach, the smeared strain is computed by the divergence operation with a boundary integral of displacements in each nodal representative domain, thus avoiding direct derivatives of displacements for strain computation in the smeared cracking region. To avoid discretization size sensitivity issues, a scaling law is introduced based on the equivalence between the bulk damage energy dissipation and the surface fracture energy of the associated crack segment over the nodal representative domain. This scaling law is introduced under the stabilized conforming nodal integration framework where the nodal representative domain serves as the smearing domain, and the smeared strain over the nodal representative domain is used with the scaled damage law to determine the damage state. The employment of stabilized conforming nodal integration also allows the displacement and damage state variables to be calculated and stored at the same set of particles, avoiding interpolation of variables between nodal points and Gauss points in the conventional finite elements. Several numerical examples are presented to examine the effectiveness of the proposed damage particle method for smeared modeling of fracture.
Biography
J. S. Chen is currently the Inaugural William Prager Chair Professor of Structural Engineering Department and the Director of Center for Extreme Events Research at University of California, San Diego (UCSD). Before joining UCSD in October 2013, he was the Chancellor’s Professor of University of California, Los Angeles (UCLA) Civil & Environmental Engineering Department where he served as the Department Chair during 2007-2012. J. S. Chen’s research is in computational mechanics and multiscale materials modeling with specialization in the development of meshfree methods. He is the Past President of US Association for Computational Mechanics (USACM) and the Past Present of ASCE Engineering Mechanics Institute (EMI). He has received numerous awards, including the Computational Mechanics Award from International Association for Computational Mechanics (IACM), the Ted Belytschko Applied Mechanics Award from ASME Applied Mechanics Division, the Belytschko Medal from USACM, among others. He is the Fellow of USACM, IACM, ASME, EMI, ICACM, and ICCEES.
IMPORTANT DATES