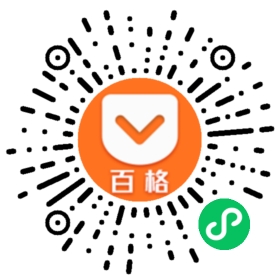 Recent years, the development of gene engineering technology and cancer immunotherapy has been significantly progressing. Among the innovative modalities, genetically modified oncolytic virus has become a popular choice for cancer immunotherapy due to its superior performance comparing to the natural virotherapy. Oncolytic virotherapy overcomes the problems of high pathogenicity, lack of tropism and specificity, weak immune sensitization, and undesirable effect for indication, thus significantly extending the scope of indications and versatility of its clinical applications. By 2021, three marketed oncolytic virus products have received positive feedbacks from the market, and several new viral modalities were proposed for next generation oncolytic virus immunotherapy. Furthermore, adenovirus, poxvirus, herpes simplex virus-1, and parvovirus have all successfully entered the phase of clinical trial.

Worldwide speaking, the industry has reached a consensus that the development of innovative biologics therapy shall be accelerated to meet the growing medical needs. Many oncolytic virus focused institutions and enterprises have emerged around the world, together driving the rapid development of oncolytic virus industry. With strong support from the regulatory authorities, oncolytic virotherapy has been advancing forward with breakthroughs in research and clinical studies and striking development over the past year. To name a few, DelytactTM was approved in Japan, multiple oncolytic virus products entered Phase II and III clinical trials, and new oncolytic viral vector as well as combination therapy are being accepted by more and more people. Since 2020, China Oncolytic Virus Conference has been held consecutively, aiming to promote the clinical application of oncolytic virus and bring benefits to patients as soon as possible. It focuses on the design, research & development, manufacturing process technologies, clinical application, and regulatory policies of oncolytic virus, and has drawn wide attention from both the academic and the industry. This year, the third China Oncolytic Virus Conference will be held from July 15th, 2022 to July 16th at Shanghai, joined by scientists and enterprises in the field of oncolytic virus drug development, and consultants from biomedical industry around the world. With the theme of “Diversification Driving Co-innovations”, the conference aims to capture the trends and breakthrough in the future development of oncolytic virus drugs. Participants will exchange ideas on interpretation of global drugs regulation, new oncolytic virus products, clinical progress, and large scale & commercial application, hoping to bring the benefits of advanced therapy to patients earlier.

Share it to WeChat QQ Zone Weibo Twitter Linkedin More
I found a good China Oncolytic Virus Conference 2022 at @BagEvent, share it to everyone!
General Information

We also provide you the option to join the conference online.