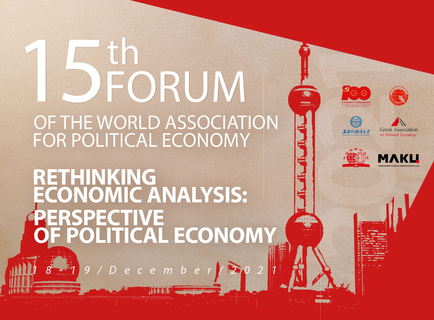 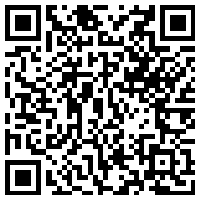 THE FIFTEENTH FORUM OF THE WORLD ASSOCIATION FOR POLITICAL ECONOMY

The broad theme of the conference focuses on the controversy between the two main alternative traditions in economic analysis, Political Economy and Economics. Economics (with their myopic understanding of the economy as simply market relations, neglect of social and political factors and class struggle and their almost overt support for capital against labour) has been historically proved incapable of grasping how economies work and forecast and confront competently economic crises. On the other hand, Political Economy (offering a social understanding of the economy, focusing on the sphere of production, linking economic analysis to social and political factors and to class struggle) has been more successful in comprehending the actual workings of the economy and in analyzing economic crises. However, despite their long-standing failures, Economics continue to dominate academia and policy-making centers, especially in the West. Even after the last global economic crisis and its blatant failure to foresee and to resolve it, its dominance remains unwavered as it is supported by strong vested class interests. Nevertheless, there is growing unrest within both the academia and the society with this failed dominance. Political Economy is the main approach towards which all those dissatisfied with Economics turn.

This conference aims to juxtapose Political Economy and Economics and contrast their positions on the various fields and areas of economic analysis. Within its broad theme, WAPE 2021 invites all contributions that enrich the perspective of Political Economy and expand the ground for further discussion. Indicatively but not exclusively, proposed papers can touch upon the following issues:

6. Theory of stages and periodization of capitalism

7. Theories and analyses of economic crisis

12. Marxism and the Political Economy of money and finance

13. Labour process, markets and the Political Economy of Work

14. The Political Economy of poverty and inequality

21. Political Economy of European integration and the Eurozone crisis

22. Development studies at an impasse

Both individual papers and complete panels on the main theme and proposed topics are welcome. Papers on any topic related to political economy are also welcome. There is also the option to apply to attend the forum without a paper.

HOW TO REGISTER? Submit your paper abstract (within 500 words) and full curriculum vitae in English at https://www.bagevent.com/event/7913235   by 30 November 2021. Confirmation of acceptance will be sent out by 5 December 2021. Full papers must be submitted by 10 December 2021.

You  can Modify Attendee Informtion and upload your full paper and PowerPoints for presentation after your registration is confirmed. If you have any problem with registration, please contact wapemember@vip.163.com.

PUBLICATION POSSIBILITIES. All accepted full papers will be considered for publication in the World Review of Political Economy  http://www.plutojournals.com/wrpe/ and the International Critical Thought                https://www.tandfonline.com/loi/rict20 after passing the peer refereeing process.

WAPE. The World Association for Political Economy, registered in Paris, is an international academic organization founded by Marxist economists and related groups around the world. The mission of WAPE is to utilize modern Marxist economics to analyze and study the world economy, reveal its laws of development, and offer policies to promote economic and social progress on the national and global levels. The last fourteen WAPE forums were successively held in Shanghai (China), Shimane (Japan), Beijing (China), Paris (France), Suzhou (China), Amherst (USA), Mexico City (Mexico), Florianopolis (Brazil) and Hanoi (Vietnam), Johannesburg (South Africa), Patiala (India), Moscow (Russia), Berlin (Germany) and Winnipeg (Canada) annually between 2006 and 2019. Participants in past WAPE forums have come from over 50 countries across Asia, Australia, Africa, Europe, and North and South America.

WRPE. The World Review of Political Economy is a peer-reviewed quarterly journal of Marxist Political Economy sponsored by WAPE and published by Pluto Journals. For more information including types of submissions that will be considered, please go to  http://www.plutojournals.com/wrpe/  and submit your articles to WRPE via WRPE ScholarOne Manuscripts site  https://mc.manuscriptcentral.com/wrpe.

WAPEWEB.ORG  WAPE Secretariat is working with a team from its long-term partner Pluto Journals, publisher of WRPE, to launch its new version of WAPE website with WAPE Membership system. The team will contact our members for registration or renewal of membership with approval from and on behalf of WAPE Secretariat.

WHAT ARE THE BENEFITS OF JOINING WAPE? WAPE has decided to develop itself as a membership organization in order to facilitate the exchange of knowledge, new thought and research across the divide of languages and geography, and offer its members access to certain benefits. To register for the 15th WAPE Forum, you are recommended to become a WAPE member first.

The event is organized by WORLD ASSOCIATION FOR POLITICAL ECONOMY
Contact Us
This event is technically supported by BagEvent
BagEvent － About us － Cooperation － FAQ
All rights reserved:Nanjing DIQi Information Technology Co., Ltd | Sue ICP No. 15059127 | Sue ICP license No. B2-20160175
Copyright©2022 bagevent.com