Free continuing
221073 人关注
Register
I found a good 2020 International Conference on Defence Technology at @BagEvent, share it to everyone!
 Weibo

WeChat 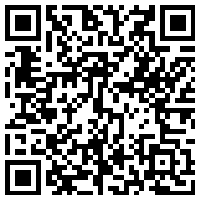 Wang Huaming
Professor
Academician of the Chinese Academy of Engineering
School of Materials Science and Engineering，Beihang University，China
Professor Wang began to work at Beihang University in 1992, and was sponsored by Alexander von Humboldt Foundation to work at Friedrich-Alexander University Erlangan-Nuremberg, Germany in the same year. Now he is the director of the National Engineering Laboratory of Additive Manufacturing for Large Metallic Components and the Engineering Research Center of Laser Direct Manufacturing for Large Metallic Components, and the chief scientist for aerospace materials and structure of the National Laboratory of Aeronautics and Astronautics. Professor Wang has long been engaging in the research on laser additive manufacturing for large metallic components and laser surface engineering. He made breakthroughs in themanufacturing technique, complete sets of equipment, quality control and engineering application of laser additive manufacturing for large metallic key components made from high-performance and difficult-to-machine metal, such as titanium alloys. He also developed the special coating using laser cladding of metal silicide, which could endure extreme conditions like high temperature and corrosion. His achievements have been applied to planes, missiles, satellites, aircraft engine, etc. Professor Wang has published over 180 papers in journals listed in the Science Citation Index. He won a first prize of the State Technological Invention Award in 2012 and other three national or ministry-level prizes. He was also awarded the Ho Leung Ho Lee Prize for Scientific and Technological Progress and the title of Outstanding Talent in Defense Science, Technology and Industry.

Tan Ying
Professor
Senior Fellow of IEEE
Emergent Technologies Technical Committee Member of Computational Intelligence Society of IEEE
School of Electronic Engineering and Computer Science，Peking University, China
Professor and doctoral supervisor of Peking University, Senior Member of IEEE, member of ETTC of IEEE Computational Intelligence Society. In 1997, he received a doctoral degree in engineering from the Department of Radio Engineering of Southeast University. Then in the University of Science and Technology of China, he completed his post-doctoral research, and became associate professor and then “One-Hundred Talents” professor. In 2005, he was selected into the Hundred Talents Program of the Chinese Academy of Sciences. In 1999 and between 2004-2005, he was a researcher at the Chinese University of Hong Kong. His interest of research includes computational intelligence, swarm intelligence, machine learning, data mining and knowledge discovery and their applications. Remarkable achievements have been made in the fields of neural network information processing, evolutionary computing and group computing, artificial immune system and its application in computer security. He won the second prize of State Natural Science Award in 2009, 5 Military Science and Technology Progress Awards and many excellent thesis awards. At present, he has published 115 papers with 1138 citations, and the h-index is 23. He has authored 5 monographs, including Introduction to Fireworks Algorithm, FireworksAlgorithm:ANovel SwarmIntelligenceOptimizationMethod, and has 3 invention patents. He is the chief editor of International Journal of Computational Intelligence and Pattern Recognition, associate editor of IEEE Transactions on Cybernetics, associate editor of IEEE Transactions on Neural Networks and Learning System, and deputy editor and editorial board member of more than ten important international/domestic academic journals. He served as co-chairman of IEEE WCCI2014 (CEC) Procedure Committee, chairman of International Conference on Swarm Intelligence (ICSI) (2010-2014), co-chairman of ICSI-CCI2015 and other important positions in several international conferences. He was once an expert reviewer for China Scholarship Council, National Science and Technology Major Project and National Office for Science and Technology Awards.

Chen Pengwan
Professor
Beijing Institute of Technology, China
Prof. Chen received his Ph.D. degree in engineering mechanics from Beijing Institute of Technology in1999. Prior to that, he received his master and bachelor's degree from Kunming Institute ofTechnology, China in 1996 and 1993, respectively. He worked as a postdoc researcher in Institute of Mechanics, Chinese Academy of Sciences, during 1999 – 2001. He joined Beijing Institute of Technology in 2001. Now he is the dean of the School of Mechatronical Engineering, Beijing Institute of Technology. His research activities primarily focus on mechanical, physical and chemical responses under dynamic loading (shock wave or shockless compression), including shock synthesis and processing of materials;deformation, fracture and failure of materials and structures under dynamic loading; numerical simulation of dynamic behavior of material and structures under impact and shock waves. He has published 2 monographs and 3 book chapters, and over 120 papers in refereed journals and 40 papers in conference proceedings, delivered 15 invited and keynote lectures in international conferences. He has been engaged in the organization of many international conferences, workshops and symposia in many different global venues, such as Fifth International Symposium on Explosion, Shock wave and High-strain-rate Phenomena(ESHP-2016, Beijing), and the International Conference of Multiphysics 2017 (Beijing), 13th International Autumn Seminar on Propellants, Explosives and Pyrotechnics (IASPEP-2019, Beijing), XV International Symposium on Explosive Production of New Materials (EPNM-2020, Moscow).

Hao Qun
Distinguished Professor
Associate Editor of Defence Technology
School of Optics and Photonics，Beijing Institute of Science and Technology ，China
Professor Hao Qun, Ph.D of Tsinghua University, is currently a Distinguished Professor of Beijing Institute of Technology, Dean of School of Optics and Photonics, Managing Director of China Optical Society (COS) and Chairman of Photoelectric Professional Committee of COS, Director of China Instrument and Control Society (CIS) and Standing Vice-Chairman of Optical-Mechanical Technology and Systems Integration Branch of CIS, Director of Chinese Society for Measurement, Special Expert of Expert Committee of China Information and Electronic Engineering Science and Technology Development Strategy Research Center, and deputy editor of Defence Technology journal. From 1999 to 2001, she was also avisiting researcher at Tokyo University in Japan, and from January to July 2011 a visiting Professor at Case Western Reserve University in the United States. Her main research fields include photoelectric sensing and intelligent imaging. She has been in charge of more than 20 projects including key/instrumental/general projects of the National Natural Science Foundation of China, 863 projects and national major scientific instrument and equipment development projects. She has published more than 120 papers both at home and abroad, including 70 papers indexed by SCI. She has been invited to give talks at international conferences and authorized 50 patents for inventions in China. She has won two ministerial awards for scientific and technological progress; and successively won the titles of Beijing Famous Teacher and National Outstanding Woman Pacesetter.

Professor Marco Ceccarelli received his Ph.D. in Mechanical Engineering from La Sapienza University of Rome, Italy, in 1988. He is Professor of Mechanics of Machines at the University of Roma Tor Vergata,Italy, where he chairs LARM2: Laboratory of Robot Mechatronics. His research interests cover subjects of robot design, mechanism kinematics, experimental mechanics with special attention to parallel kinematics machines, service robotic devices, mechanism design, and history of machines and mechanisms whose expertise is documented by several published papers in the fields of Robotics. He has been visiting professor in several universities in the world and since 2014 at Beijing Institute of Technology. He is ASME fellow and doctor honoris causa from several Universities. Professor Ceccarelli serves in several Journal editorial boards and conference scientific committees. He is editor of the Springer book serieson Mechanism and Machine Science (MMS) and History of MMS. Professor Ceccarelli is the President of IFToMM, the International Federation for the Promotion of MMS. He has contributed to ISRM since 2010 and was in the Scientific Committee until 2016. He has started several IFToMM sponsored conferences including MEDER (Mechanism Design for Robotics) and MUSME (Multibody Systems and Mechatronics).

Fellow of the Society forExperimental Mechanics
Fellow of the American Society of Mechanical Engineers
AssociateEditor of Mechanics of Materials
Associate Editor of the International Journal of Engineering Science
Associate Editor of the International Journal of Impact Engineering
Professor Rittel holds a PhD in Materials Science (1988) from the Hebrew University of Jerusalem. He spent 2 years as a postdoc at Yale University working on the fracture of tungsten base heavy alloys,followed by 3.5 years at Ecole Polytechnique (France), working on experimental dynamic fracture mechanics. He joined Technion (Mechanical Engineering) in 1994 where he founded the Dynamic Fracture Laboratory. As of today, Professor Rittel holds the Zandman Chair in Experimental Mechanics, heads the Materials Mechanics Center. He is also the Deputy Senior Vice President (Vice Provost) of Technion. Professor Rittel was the Clark B. Millikan Visiting Professor in Aeronautics (2007) at Caltech where he holds a Visiting Associate position. Throughout the years, Professor Rittel has developed expertise in many aspects of dynamic failure, including fracture mechanics, constitutive behavior, dynamic failure mechanisms and numerical modeling. His interest is in the thermomechanics and physics of dynamic failure with regard to dynamic fragmentation, fracture, adiabatic shear banding and hysteretic heating. Inaddition, Professor Rittel is also active in the field of biomechanics of dental implants. As of today,he has co-authored about 160 journal publications. Among these journal papers, 2 in Physical Review Letters, 7 in Applied Physics Letters, 2 in Science Report, 13 in Journal of the Mechanics and Physicsof Solids, 15 in International Journal of Impact Engineering, 19 in Mechanics of Materials, 25 inExperimental Mechanics, 10 in International Journal Solids and Structures. In 2015, Professor Rittel was awarded the prestigious GiliAgostinelli Prize (Torino Academy of Sciences, Italy) for his work on adiabatic shear localization. In 2018, he will receive the BJ. Lazan award from the SEM.

Alexis Rusinek
Professor
Laboratory of Microstructure Studies and Mechanics of Materials, Lorraine University ,France
Professor Alexis was the invited professor of University Carlos III de Madrid in 2000 and Poznan University of Technology from 2013 to 2014. In 2008，Professor Alexis joined École Nationaled'Ingénieurs de Brest as full professor. His major interests are on Dynamic Behavior of Materials and Structures，Metals, Polymers， Ballistic, Impact, Perforation，Constitutive Relations，Numerical Modeling，etc. As of today, he has co-authored about 102 journal publications.
Quick Links
Conference Registration